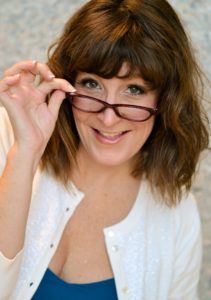 I’m a sucker for the notorious stories that go on behind the scenes in comedy. If there were a show set in the same fashion as VH1’s “Storytellers,” but with a comedy-industry focus, I’d watch religiously.

Especially if my comedy idols from the ’70s and ’80s do the talking.

Luckily for this fan of American comedy troupe Broken Lizard, co-founder Jay Chandrasekhar is more than willing to share his side of the group’s hilarious back-stories. I’ll put an emphasis on my Broken Lizard fandom.

I was almost as excited to read this book as I am to see “Super Troopers 2.”

I went into reading Chandrasekhar’s March 2017 autobiographical release, “Mustache Shenanigans,” as an enthusiast of Broken Lizard’s movies. I’ve admittedly only seen three — “Beerfest,” “Super Troopers” and “The Slammin’ Salmon” — but I do consider myself an aficionado of their sharp sarcasm and fleckless timing.

Their style is definitely in my preferred smart-ass genre of comedy.

To set the tone of how Chandrasekhar’s early life played a role in his comic upbringing, “Shenanigans” starts out reliving much of the party days of his boarding school and college years. I enjoyed much of the nostalgia reserved for those venerable years at Colgate, where Broken Lizard was founded. Brought back some good memories of my college years at Purdue, one which included a random Saturday night toga party. I sent my friends on a mission to fund a tub for a hairy buffalo. They came back with a brand-new 10-gallon fish tank.

So we drank from that.

“Shenanigans” party stories certainly had me feeling all warm and fuzzy for my college days. As a comic and lover of all things funny, the behind-the-scenes accounts of doing stand-up in Chicago, hanging out with Chris Farley, coming up with concepts for sketch comedy shows, and making films from the ground-up were the highlights of this read. I especially enjoyed “Chapter 10, Making Super Troopers: How We Focused on Jokes We Thought Were Funny.”

Like the copy machine scene from “Office Space” or the dress-fitting-gone-bad in “Bridesmaids,” there are moments in comedy films that go down in cult-classic history. The meow scene from “Super Troopers” is one such gag that’s on my list of favorites, so it was fun to see how the Broken Lizard guys all played a role in its creation.

I recommend “Mustache Shenanigans” for anyone thinking about the pursuits of creating comedy and film, and about any other art form, as a career. There are many lessons to be learned about perseverance, patience and drive, as well as the importance of honing your craft and gaining experience in your industry, and how they all come together to affect the pursuit of success. There’s also a lot to be learned from Willie Nelson and Burt Reynolds, featured in “The Dukes of Hazzard” chapter. I could read a whole book on stories about those two.

In a nod to David Allan Coe, maybe call it “Willie, Burt and Me.” Just thinking out loud here.

The “9/11: Another Case of Mistaken Identitiy” chapter, and its subsequent eye-opening ending, was also one I thought gives readers more than just a bunch of stories about writing jokes and making movies about chugging beer. That may be what people expect, but there’s more to Chandrasekhar’s story, obviously, and it’s important. This chapter was really well done in providing insight into the parts of life that aren’t so funny, in this case involving racism and terrorism. His knack for storytelling made this chapter one I might go back again tonight and read again.

I say bravo to that chapter, and the whole book. When I was coming up on the last page, I felt as if I were boarding a plane on the way home from one of the best vacations ever. Like the kind in Mexico or Honduras. Those super memorable trips with friends that are often just simply described in retrospect as epic. I wanted to hold on for a few more chapters, drink another beer, maybe linger with the Broken Lizard guys for a couple extra layover hours while they tell more stories about their movies and college. I even had that sad feeling one has when a Netflix series is over and won’t be back for another year. To me, that makes for a damn good autobiography. Or movie, say like, “Beerfest.”

Cloris Leachman, you are my hero.

Thankfully, “Super Troopers 2” is in my near future. That’s thanks to an extremely successful crowd-funding campaign and all those “Super Trooper” super fans out there. And you better believe I’m seeing it at the movie theater. I’ll go especially out of my way to encourage everyone I know to buy a ticket and watch it on a big screen, preferably with the reclining leather seats — and don’t go light on the theater-grade popcorn butter. Tell all your friends to do the same.

Read the book and you’ll know why.

April E. Allford lived in Colorado for 12 years. She knows a lot of people who will enjoy the screenings of “Potfest.” She can be reached by commenting here.

About the Author: April E Allford

Nerdle Pop founder April E. Allford is committed to having fun. She's been a writer since her small-town Indiana high school yearbook class and a comic since her days living in Colorado's Rocky Mountains. She is a Purdue University and Poynter Institute alum and lover of life.